You are here: Home / LOMROG III

The results of the LOMROG III cruise

In the summer of 2012, the Danish Continental Shelf Project in co-operation with the Swedish Polar Research Secretariat completed the LOMROG III cruise on board the icebreaker Oden. This cruise was a continuation of the LOMROG I and II cruises, which took place in 2007 and 2009, respectively. Costs were split between Denmark (80%) and Sweden (20%). (LOMROG is an acronym for Lomonosov Ridge off Greenland.)

The main objective of the cruise was to acquire different types of data necessary to document a potential claim concerning an extension of the continental shelf beyond 200 nautical miles, and this included: 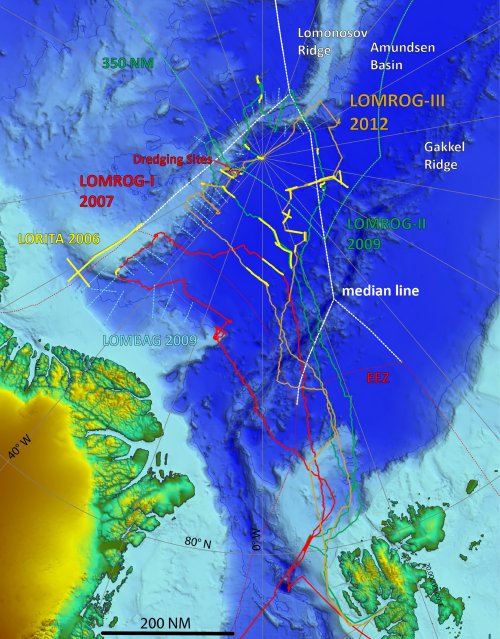 By agreement with the Norwegian Fram 2012 expedition led by Yngve Kristoffersen, University of Bergen, Oden pro­vided fuel and other supplies to the expedition’s hovercraft, Sabvabaa, twice during the LOMROG III cruise. One member of the Fram 2012 expedition boarded Oden on the way back to Longyearbyen on Svalbard. 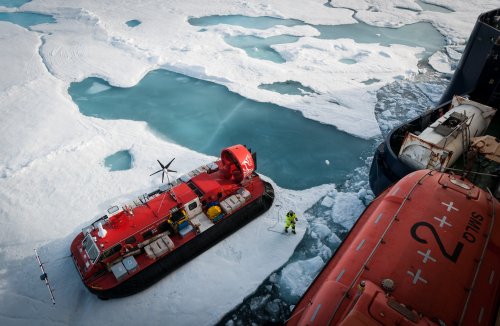 LOMROG III was the last cruise with the Swedish icebreaker Oden to the area north of Greenland as part of the Continental Shelf Project of the Kingdom of Denmark. As such, it represents the end of a very successful co-operation between the Geological Survey of Denmark and Greenland (GEUS) and the Swedish Polar Research Secretariat.

We hope that the valuable experience gained by collecting data in ice-filled waters during the three LOMROG cruises (in 2007, 2009, and 2012) and the EAGER cruise (2011) can be useful for future cruises of Oden to the Arctic Ocean.

The cruise report describes in detail the projects conducted during the LOMROG III.

Read the field reports for the LOMROG III expedition (in Danish)