You are here: Home / The area northeast of Greenland

The area northeast of Greenland

In addition, dredge samples were taken from two locations along the flanks of the East Greenland Ridge during a scientific cruise with the Norwegian research vessel Helmer Hanssen in 2012.

The scientific documentation, referred to as submission, was submitted via the Secretary-General of the UN in accordance with the procedure laid out in the 1982 United Nations Convention on the Law of the Sea, which was ratified by the Kingdom of Denmark in 2004. A state has the rights over the continental shelf within 200 nautical miles of its coast (also called the Exclusive Economic Zone). Claims beyond 200 nautical miles from the coast require special documentation, which is based on the acquisition of comprehensive scientific data sets.

The continental shelf beyond 200 nautical miles of Norway overlaps the claim of the Kingdom of Denmark off North-East Greenland. After examination by the CLCS, it will be up to the parties to negotiate a bilateral agreement for the areas with overlap.

Summary of the claim 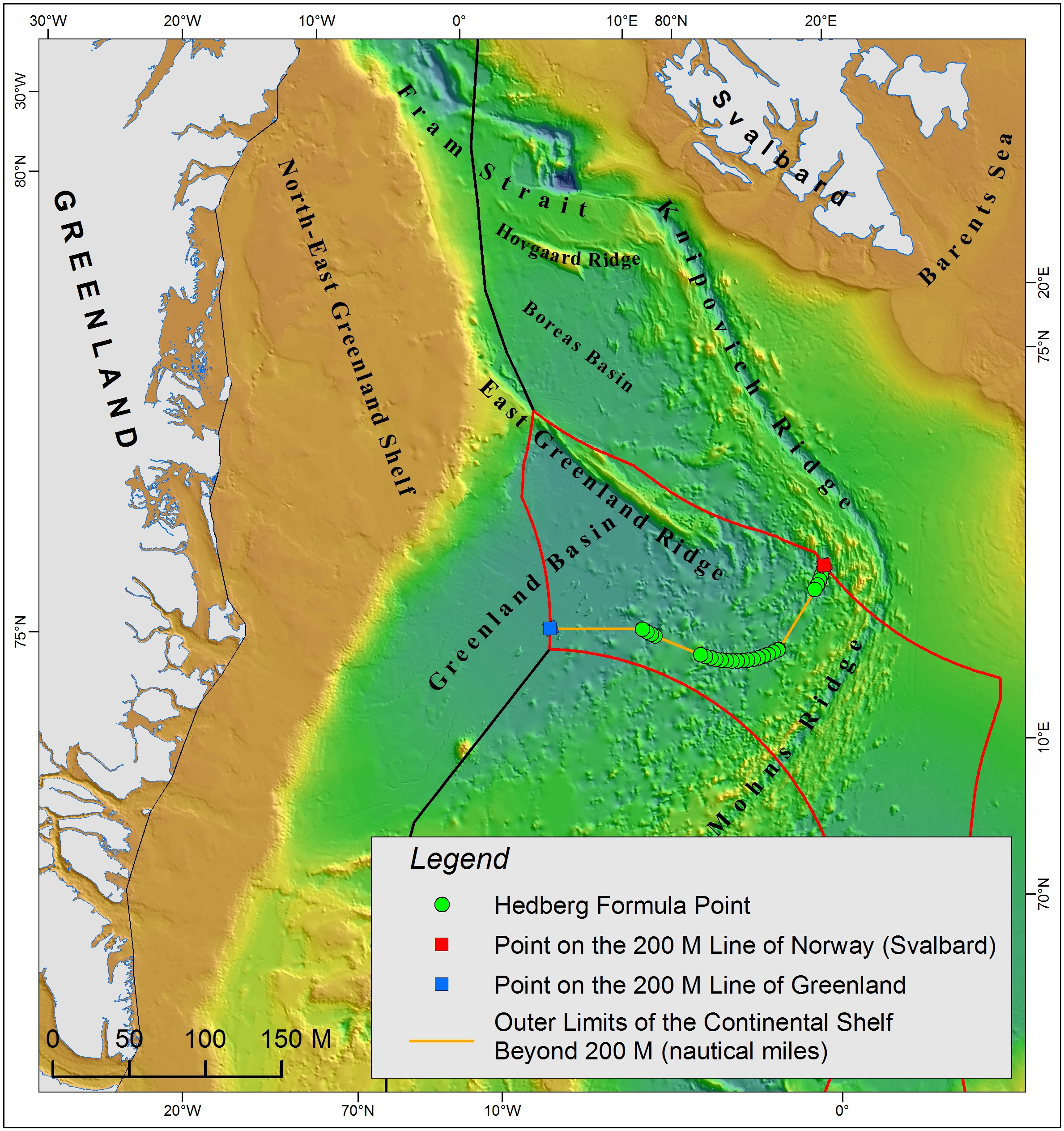 The outer limits of the continental shelf in the area northeast of Greenland. The red lines are the 200 nautical mile limits of Greenland and Norway, respectively, while the black lines show the agreed boundaries with Norway.