You are here: Home / Greenland

Since 2003, as a part of the Continental Shelf Project, data have been acquired in each of the five areas of interest to Denmark, the Faroe Islands and Greenland. This is in order to document the characteristics of the seabed and to determine the outer limit of the continental shelf according to the rules laid down in Article 76 of the Convention on the Law of the Sea.

By Greenland, the Continental Shelf Project cruised in three waters situated south, north-east and north of Greenland. Due to the very varied ice and weather conditions, the acquisition of the necessary scientific data for the area south of Greenland could be concluded as early as 2009 while the last cruise north of Greenland was carried out in 2012.

The analysis of the different types of data made the process longer, but in 2012, a task force led by GEUS was able to complete the scientific documentation for the extended continental shelf beyond 200 nautical miles south of Greenland and forward it to the Commission on the Limits of the Continental Shelf (CLCS).

Following that, the taskforce continued its work in the area north-east of Greenland, and the documentation for the claim for the extended continental shelf beyond 200 nautical miles was forwarded to CLCS in 2013. Subsequently the taskforce was able to concentrate on the area north of Greenland as the last and – with its 895,000 km2 – largest submission area. The Commission on the Limits of the Continental Shelf received the necessary documentation concerning this area on 15 December 2014.

Map of the three submission areas by Greenland: 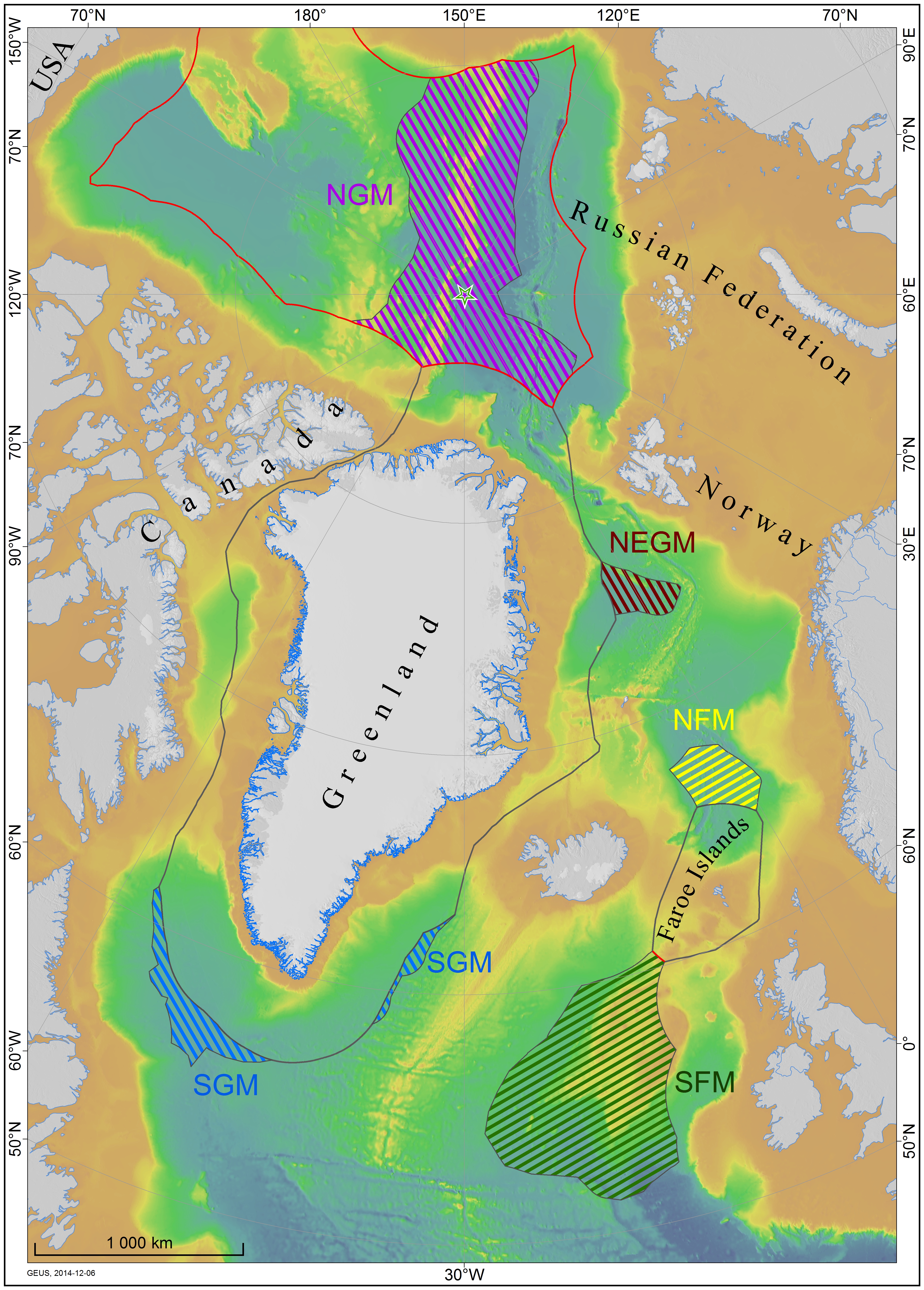