You are here: Home / The United Nations Convention on the Law of the Sea

The United Nations Convention on the Law of the Sea

The principle of Mare Liberum (The Freedom of the Seas) was described by the Dutchman Hugo Grotius in 1608 and since then it has been the foundation of the international law of the sea.

What resources within the extended continental shelf is a coastal state allowed to use?

Beyond the Exclusive Economic Zone, the coastal state solely has the right to use the resources on and under the seabed. In other words: resources in the water (such as fish) are not included. If resources are exploited inside of the extended continental shelf, a fee must be paid to the International Seabed Authority according to fixed rules. Beyond the continental shelf, the resources belong to mankind and they are managed by the International Seabed Authority, which is based in Jamaica.

On 29 April 2003, the Danish government decided that Denmark should ratify the 1982 United Nations Convention on the Law of the Sea.

Since then, the governments of the Faroe Islands and Greenland have endorsed this decision. Denmark ratified the Convention on the Law of the Sea on 16 November 2004.

Read the United Nations Convention on the Law of the Sea. 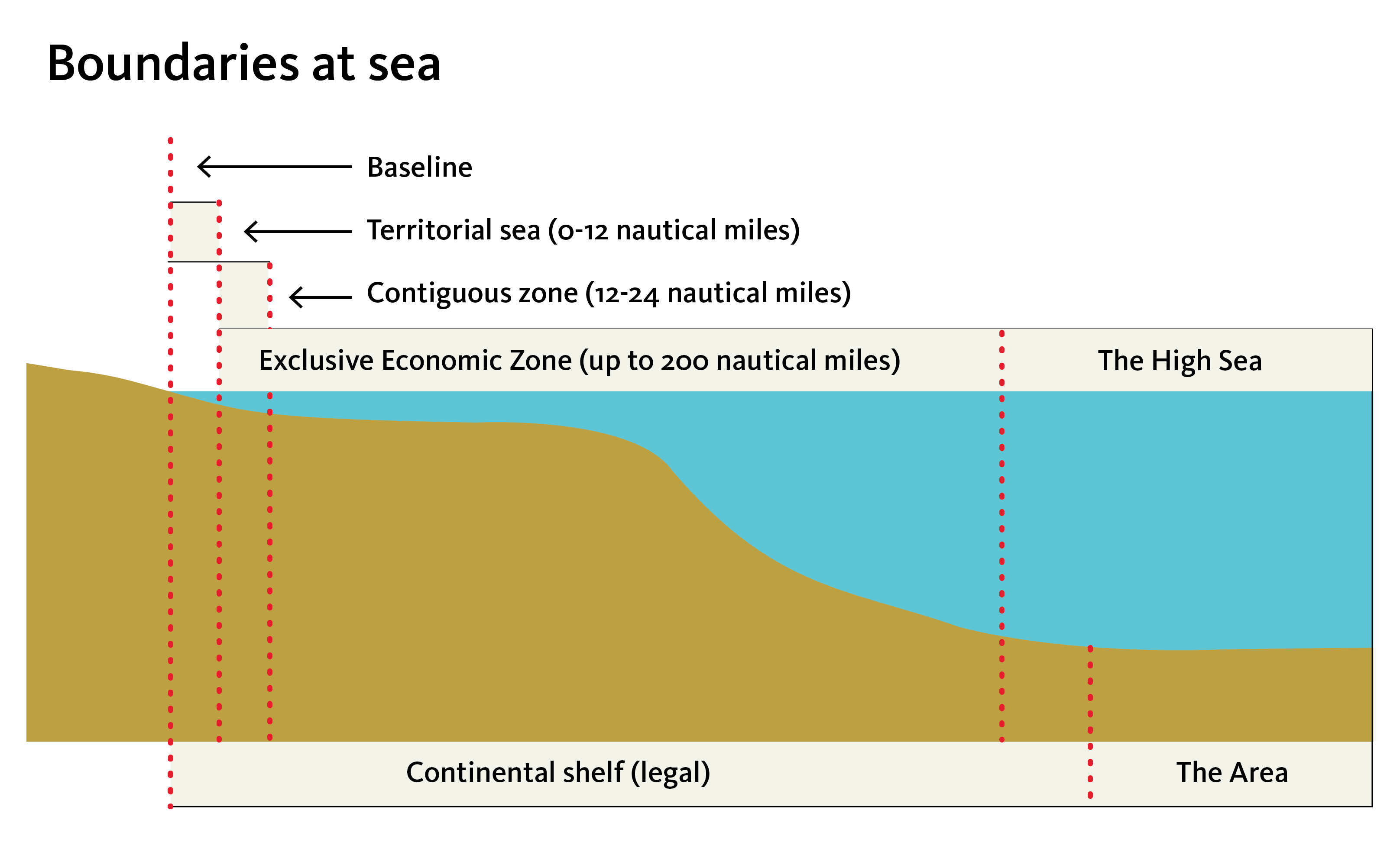 Boundaries at sea, several of them taking their starting point at the baseline. Note that the territorial sea off Denmark and the Faroe Islands stretches out to 12 nautical miles but only to 3 nautical miles off Greenland.