You are here: Home / The area south of the Faroe Islands

The area south of the Faroe Islands

The area south of the Faroe Islands includes a large part of the Faroe-Rockall Plateau and is limited to the north, east and south-east by the 200 nautical mile limits of Iceland, Ireland and the United Kingdom.

Already in 1985, a designation of the continental shelf around the Faroe Islands was published in the official gazette of the Kingdom of Denmark (“Statstidende”). This concerned an area of the continental shelf where the exploitation of raw materials etc. would require a license from the proper authorities in the Kingdom. This designation covered an area inside the 200 nautical mile limit – approximately equivalent to the now agreed-upon shelf and fishery limits – as well as an area on the Faroe-Rockall Plateau south of the Faroe Islands. The Danish designation was made shortly after the United Kingdom and Ireland had published designations for the same area. Subsequently, on 9 May 1985, Iceland, too, announced a shelf designation overlapping the other countries’ designated areas.

At a meeting in the UN headquarters in New York on 31 March 2011, a delegation with members from Denmark, the Faroe Islands and Greenland presented the limits of the extended continental shelf for the area south of the Faroe Islands. At a later stage, the CLCS will establish a sub-commission that will examine the submission.

The United Kingdom, Ireland and Iceland have claims overlapping the Danish/Faroese claim for the Faroe-Rockall Plateau. Despite consultations between all the parties over the years they have not yet managed to agree on a provisional delimitation in this area. On 31 March 2009 the United Kingdom and Ireland forwarded submissions for the area to the CLCS, while Iceland has not yet made a submission. In a note dated 5 April 2011, Iceland objects to the CLCS considering the submissions by the three other countries, referring to the lack of an agreement on a future delimitation. 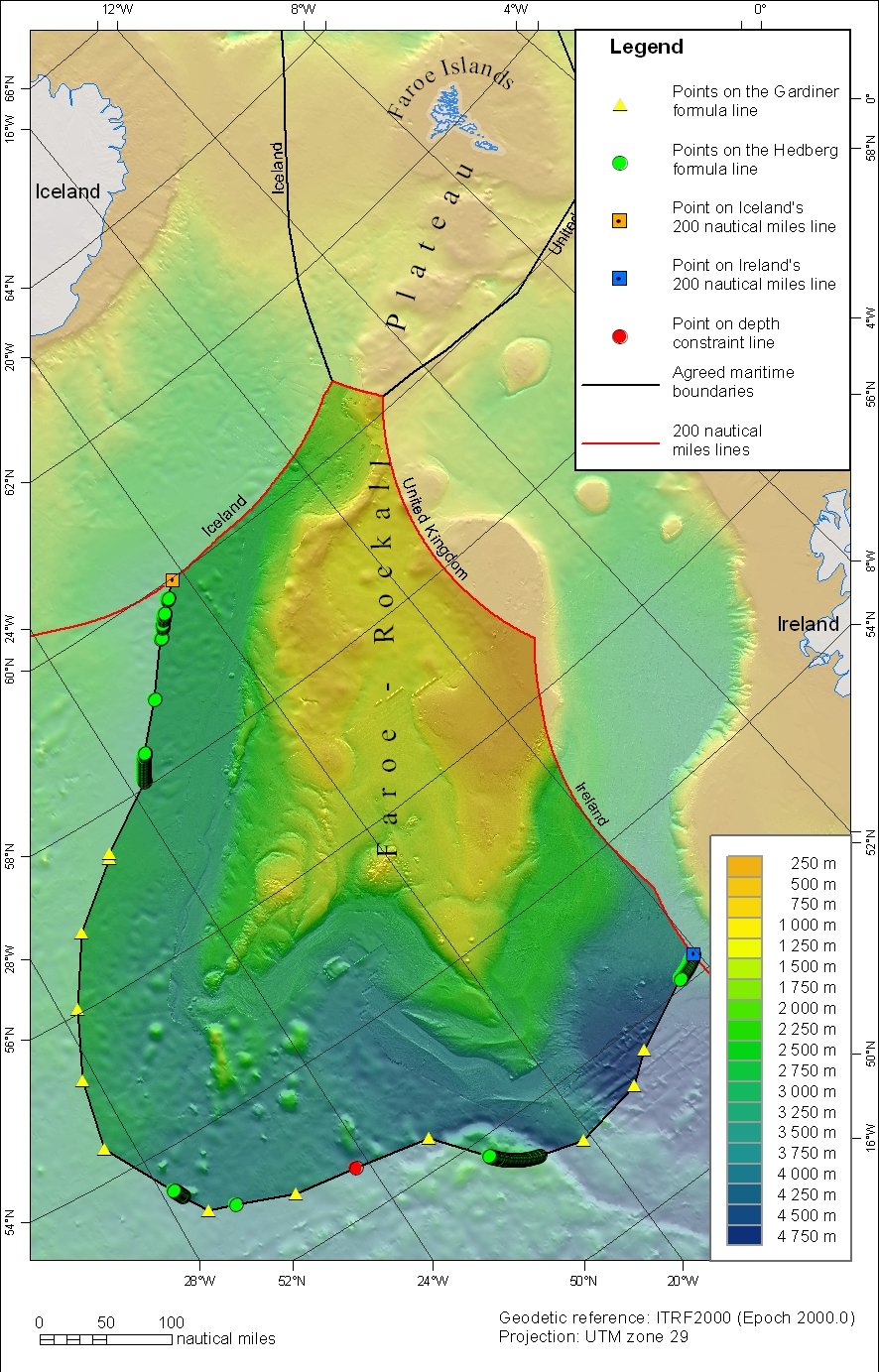